Not sure if you are complimenting a woman, starting a flirty conversation – or harassing them? Consult Laura Bates’s handy checklist Guys get caught up in the myths of feminism and the idea that it’s about taking something away from men – as though privilege is a zero-sum game.

Feminism isn’t about hating men or putting men into a submissive role or taking over the world. It is – as the famous quote goes – about “the radical idea that women are people too” and treating them accordingly… and that helps men as well.  Fighting back against the “traditional” definitions and restrictions of gendered behaviour frees women and men. 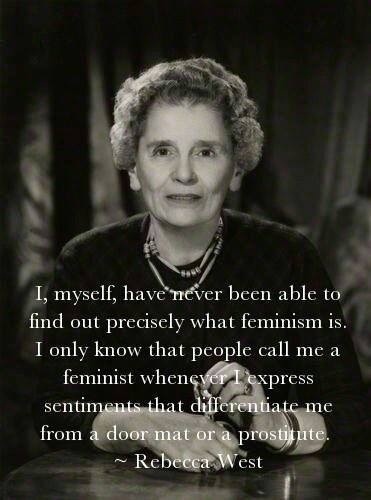